Gay and Lesbian (Same-sex) Divorces in South Africa – How does it work?

As with any marriage, relationship or romantic partnership, there is no guarantee that it will last until death do you part. For a marriage, a divorce is what is needed if the marriage has irretrievably broken down. Much has been written on the issue of divorces in relation to heterosexual marriages where the Marriage Act find application. The same applies to customary marriages. What about same-sex, or gay and lesbian couples who are married and want to get divorced? Does the law cater for such marriages? And how are they different from heterosexual divorces. Before we deal with the dissolution aspect of a same-sex marriage, let us first deal with the validity and legality of the same-sex marriage itself.

What are same-sex marriages?

This sounds like a simple question. However, without presuming too much, let us unpack the law. Here we will look at the Civil Union Act 17 of 2006. It is this Act of Parliament that made same-sex marriages legal in South Africa.

According to the Civil Union Act, a “civil union” means the voluntary union of two persons who are both 18 years of age or older which is solemnised and registered by way of either a marriage or a civil partnership, in accordance with the procedures prescribed in this Act, to the exclusion, while it lasts, of all others“.

Furthermore, according to the Act, a “civil union partner” means a spouse in a marriage or a partner in a civil partnership. as the case may be, concluded in terms of this Act“.

From the aforementioned, it is clear that there are two types of civil unions, the one is a marriage, and the other is a civil partnership.

Now let us have a look at what the legal requirements are for a gay or lesbian couple to enter into a same-sex marriage as provided for in the Civil Union Act.

Requirements for solemnisation and registration of a civil union

The requirements for the solemnisation and registration of a civil union are as follows as provided for in the Act:

The aforementioned clauses basically say you should not be married, and there should be no legal reason why you cannot get married.

Should a gay or lesbian couple married in terms of the Civil Union Act wish to get divorced, the procedure is the same as would be in a marriage solemnised in terms of the Marriage Act. The legal documents, however, would be slightly different. For example, in the case of a gay marriage, where it comes to the type of civil marriage, and children, the following clauses would be inserted in the Particulars of Claim:

Otherwise, the procedure would be exactly the same, save for in a gay marriage, only the word he would be used to describe the spouse and the word she, for a lesbian couple.

Contact us to assist you with your same-sex divorce

If your same-sex marriage has irretrievably broken down, and you wish to get divorced, feel free to contact our offices for assistance. Based on our experience with same-sex divorces, additional knowledge on the law may be required when it comes to preparing the legal documents. 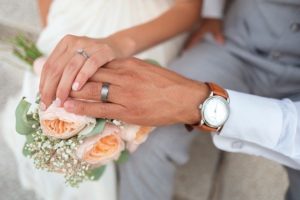