Divorces are not only limited to people living in the same country. Often, you will find that one spouse lives in South Africa and the other in a different country. They want to get divorced but do not know how to go about it. The question now is, which country and which court should divorce them? We regularly receive these types of queries from people living in the Middle East and the United Kingdom.

The same problem arises in the case of parents living in different countries, but there are complications regarding contact and access to their minor children. Let’s say, one parent, lives in Cape Town and the other in Taiwan. How does the parent living in Taiwan enforce his contact rights to his child in South Africa? Does he or she approach the court in Taiwan? Or should he or she approach the Court in South Africa?

South African expatriates are found all over the world. These include the following places:

Whatever the destination and/or location is, this article would be a useful read. Especially so if you find yourself in an international family law dispute.

We regularly receive enquiries and requests for legal advice and/or assistance from people who have a legal connection to South Africa, but do not live here. This may include an intended divorce, where one of the spouses reside in South Africa, or a child contact issue, where a parent would like to have contact with his or her child living here.

With the advances in technology, providing advice and assistance to clients abroad becomes very easy, and convenient. There is Skype, WhatsApp Video, FaceTime, to mention a few that can bridge the communication gap. But for now, let us deal with the legal issues involved and fly away with divorces.

I live in the United Kingdom, and want to divorce my spouse living in Cape Town

Many people believe that because they got married in South Africa, any court in South Africa can divorce them. Or because they lived in Cape Town, that the Western Cape High Court in Cape Town can divorce them, even though they live in London at present. That is not the case. You will see why not. The issue is that of the Jurisdictional authority of the relevant Court.

Jurisdiction of the Divorce Courts in South Africa

Section 2(1) of the Divorce Act, states the following when it comes to the Court’s Jurisdiction:

(a) domiciled in the area of jurisdiction of the court on the date on which the action is instituted; or

So, as you can see, you need to have fulfilled one of those latter requirements. Therefore, if you and your spouse moved to England, to settle there, you may not get divorced in Cape Town if the marriage broke down. This is so even though your marriage took place in Cape Town and you own property there. If, however, the husband lives in England, and the wife in Cape Town and she is resident there, then the divorce is possible in Cape Town. Now let us move on to other family law related matters. We will tackle the issue of child contact next.

I live in the United States of America, and I am not allowed to have contact with my child living in Cape Town, South Africa

It often happens that parents would have a relationship and bring a child into this world. The relationship deteriorates, and one parent then moves and relocates to another country. In our experience, this is usually work related. Everything would seem to go well until the relocating parent has problems exercising contact with his or her child in South Africa. The challenge for the parent that relocated is the distance. He or she is not able to pop into the child’s home should they not answer the phone or visit the children at school should he or she not be able to get hold of them.

Luckily, in this case, because the children are living in a specific province, for example, the Western Cape, the parent who relocated can have his or her attorney approach the Court locally to enforce his or her rights.

So, for example, let’s say in this case, the father relocated, he can enlist the services of an attorney in Cape Town to make an Urgent Application to the Western Cape High Court for an Order for immediate telephonic, or video contact. An Application in the Children’s Court would be problematic as he would have to be present at the Court. This, of course, would not be an issue if he is willing to fly down for each of the Court hearings.

The Court would then hear the matter and decide what is best for the children involved. If it would be best for them to have telephonic and/or video contact with the father on a regular basis; the court would then make the appropriate order. The party can also consider incorporating a clause which would entail the minor children traveling to him overseas.

International child maintenance is always a complicated issue. This is so as the parent who is supposed to pay maintenance is out of the country. For this very reason, a parent living in South Africa will have to make use of international law.

The parent will approach the maintenance court in South Africa who in turn will approach the court in the country where the parent who is supposed to pay maintenance lives. We will not go into detail in this article on how exactly the process works. However, it basically entails a court making an order in Cape Town and then later having it registered in the foreign country. The applicable legislation is the Reciprocal Enforcement of Maintenance Orders Act 80 of 1963.

The reverse also applies. Let’s say a parent lives in California and requires maintenance from a parent in South Africa. Then the same process would be applied. The parent would make an application for a maintenance order in California, and then have it registered in Cape Town. The Reciprocal Enforcement of Maintenance Orders Act 80 of 1963 would also apply to South Africa. If this is applicable to you, we advise that you approach your local maintenance court as soon as possible. 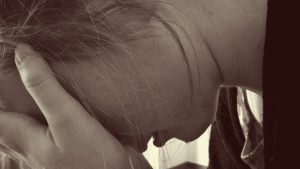