When Muslim parents divorce, either via a Talak or Faskh, there remains the unresolved issue of their respective parental rights and responsibilities to their children. In other words, with whom should the child reside, and what type of visitation rights should the other parent have? Then there is the issue of child maintenance, parental guardianship consent and so on.

Parents married in terms of South African civil law have the advantage of having the civil divorce court deal with the issue of access (contact) and custody (care). The civil divorce court is obliged to do this before pronouncing a final decree of divorce. This is however not the case of a Talak or Faskh. As you would see later, we suggest that Muslim divorced parents enter into a parenting plan.

Muslim fathers, who were married in terms of Muslim Rites, have just as many rights as the mothers, to their children. This is so notwithstanding them having been married in terms of Islamic Rights only (and not civilly). From a South African Legal perspective, they are both co-holders of parental responsibilities and rights with regard to their minor children.

What often happens is that one parent refuses the other reasonable contact to the child after the divorce. Or he or she may take the stance that he or she is the sole decider as to where and when the other parent may have contact with the children. This is not lawful and clearly not in the children’s best interests. The end result is, for example, the father takes the mother to the High Court, or the Children’s Court and the Judge or Magistrate confirms the father’s rights which he had all along. This can turn out to be very expensive, and draining on the children and parents alike. Attorneys and Advocates may be used and simple issues get battled out in the public domain. A more responsible approach needs to be followed which is suggested next.

What should Muslim parents do after they separated?

Should parents who were married in terms of Muslim Rites and have a child or children together, separate, it is suggested that they, as soon as possible, try to agree on a parenting plan and have it registered with the Office of the Family Advocate or have it made an Order of Court. This option became available since 1 April 2010 with the coming into effect of section 33 of the Children’s Act 38 of 2005. If a parent refuses to try to agree on a parenting plan, the Court needs to be approached if issues cannot be resolved. This situation is best to be avoided.

The parenting plan would be a document which the parents themselves decided upon and not dictated to them by the Court. Of course, the parenting plan has to be in the child or children’s best interests. By parents following the parenting plan route, they would keep their personal issues out of the realm of the Court and concentrate on being the best parents they can be for their children. This is so, notwithstanding their relationship with each other has severed.

Who can assist you with a parenting plan?

Social workers, psychologists and family mediators are well suited to assist parents with parenting plans. Other suitably qualified persons would be attorneys and advocates. If the person has the necessary training and experience to assist you, we advise that you make use of him or her to assist you in obtaining a parenting plan. 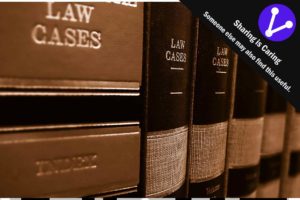