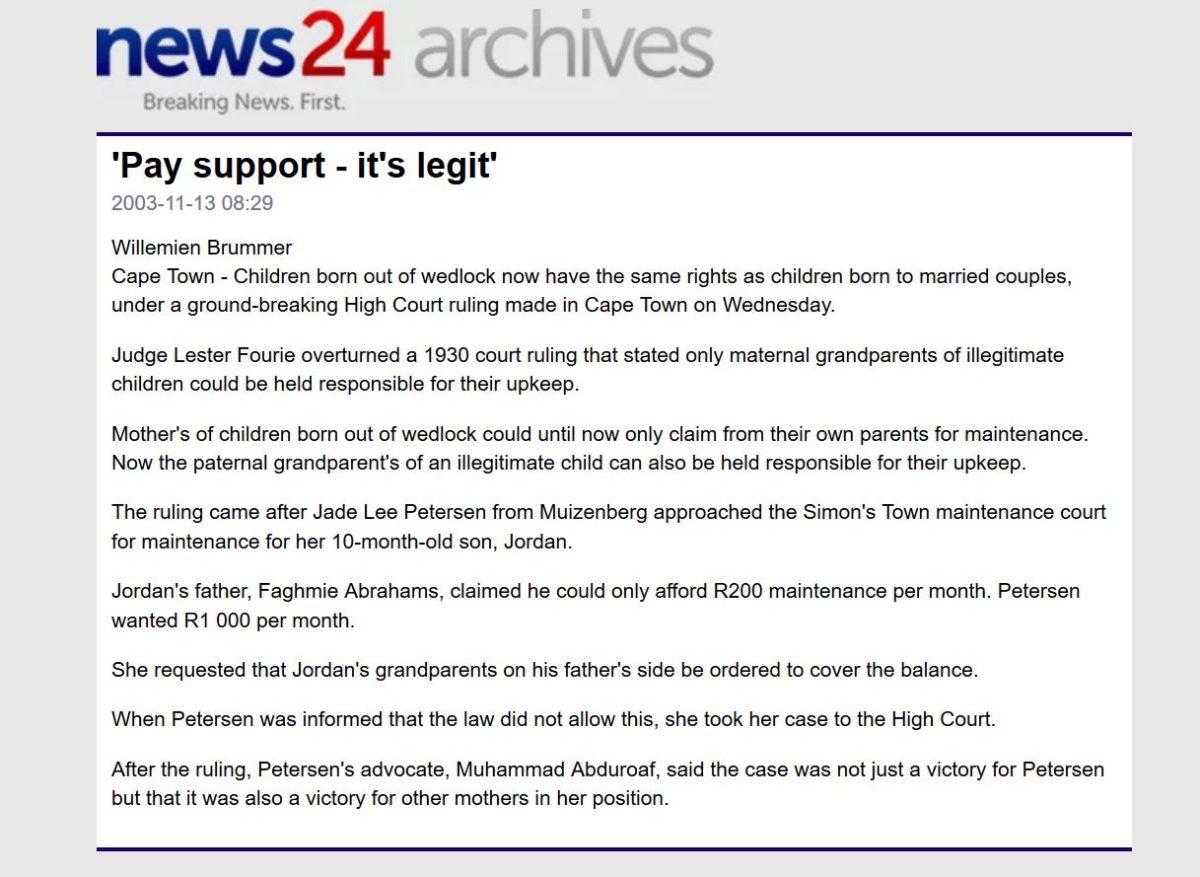 The case below was successfully argued by Advocate Muhammad Abduroaf. Because of this case, a mother can now claim child maintenance from paternal grandparents of children born out of wedlock. The case can be found on the link: https://www.news24.com/SouthAfrica/News/Pay-support-its-legit-20031112 . It is also copied below.

Cape Town – Children born out of wedlock now have the same rights as children born to married couples, under a ground-breaking High Court ruling made in Cape Town on Wednesday.

Judge Lester Fourie overturned a 1930 court ruling that stated only maternal grandparents of illegitimate children could be held responsible for their upkeep.

Mother’s of children born out of wedlock could until now only claim from their own parents for maintenance. Now the paternal grandparent’s of an illegitimate child can also be held responsible for their upkeep.

The ruling came after Jade Lee Petersen from Muizenberg approached the Simon’s Town maintenance court for maintenance for her 10-month-old son, Jordan.

She requested that Jordan’s grandparents on his father’s side be ordered to cover the balance.

When Petersen was informed that the law did not allow this, she took her case to the High Court.

After the ruling, Petersen’s advocate, Muhammad Abduroaf, said the case was not just a victory for Petersen but that it was also a victory for other mothers in her position.” 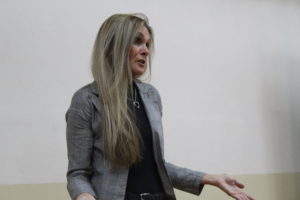 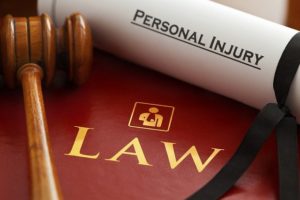