No parent is perfect. And no one can help it if they suffer from some psychological disorder. However, when it comes to parenting, mental health does play a role regarding the issue of child custody. In other words, a parent with a psychological disorder would find it hard to be a child’s primary care giver, if the child would best be cared for by the other parent. This is assuming that the other parent in this case is capable of caring for the child.

This article is connected to the topic Child Custody and Visitation Court Applications. It may be useful to read up on it before proceeding to read further. Otherwise, read on to find out more about parental child abuse and the legal aspects surrounding it.

When should you consult with a lawyer?

Seeing that you are dealing with parental rights and responsibilities, it is best to first try to resolve issues with the other parent. If that does not work, then try mediation. Should that still not work, see a lawyer who would advise you on what would be best for you and your child. If need be, a Court application would have to be launched.

What about a psychological evaluation of a parent?

It often happens that a parent would accuse the other parent of having a mental, or psychiatric problem. The most common psychological condition in our legal practice, in relation to child custody matters, are bo-polar and schizophrenia. These conditions can be managed by medication. However, if the patient fails to use the treatment prescribed, the consequences could be detrimental to parenting. Therefore, one should consider the possibility of the psychological condition manifesting itself in an unfortunate situation. In most cases, the Court would want to hear from medical experts.

An example of psychological disorder in relation to parenting

In one case, a mother has been diagnosed with obsessive compulsive disorder (OCD) by a psychiatrist. She had an excessive fear of germs and dirt and the compulsion to repeatedly wash and clean herself, and items she uses, to ward off dirt and germs. She also has a compulsion to avoid possible contaminants in her daily life. For example, she would not touch anything unless she is convinced it is clean.

The father of their child was of the view that the mother’s problem detrimentally affected their family daily life, and the well-being of their child. According to him, her condition has caused him to care for the child from when he came from work until when he left to work the next day, as well as the entire weekend.

The mother used prescription medication for her condition. It was Leximil, which is an anti-depressant, and Zyprexa which is used to treat schizophrenia and bipolar disorder. These medications make her want to sleep during the day and for prolonged periods during the evening. It also made her very lethargic. She cannot wake up to attend to the child during the evening at all as she was in a very deep sleep. She also struggled to get out of bed in the mornings.

The mother further displayed psychotic behaviour in that she tried to stab the father and told him afterwards it was not her in that it was another persona inside of her who was responsible. She also believed that spirits spoke to her and guided her.

The Obsessive Compulsive Disorder Overpowers her

The mother’s condition causes her mind to focus on the OCD and it over powers her and she has a disregard for those surrounding her. She was totally incapable of taking care of the minor child during the day, let alone during the evenings. To give an example, she would wash a used glass for about 30 times with detergents and put it away, and then her mind will tell her it is not clean, and then she will wash it again another 30 times, again with detergents. In the process, she would use a half a bottle of washing liquid.

Thereafter, she would go to the bathroom and wash her hands for about 20 minutes. She would soap her hands, wash off the soap and do it again until her mind is satisfied. She utilises about 2 to 4 bars of soap a day. Packaged food would be left to become expired as she would believe it is contaminated.

Other than neglecting the minor child when she is busy with her rituals, she would also not want to attend to her as it would cause her to “dirty” herself. For example, if a child had to dirty her dyper, the mother would have to weigh the issues of cleaning the child and dirtying her hands and spending a long period of time washing herself afterwards. She would then just leave the child the way she is and not touch her for fear of contamination.

The same would apply to making food, which would mean cleaning afterwards. If an unknown third party touches her child, the mother’s brain would tell her that the child has been contaminated and her clothes and bodies need to be washed immediately.

Wastage by the mother

Furthermore, until the child is washed, no one can touch her. And anything the child touches becomes contaminated in the mind of the Mother and needs to be washed. Another example was when the mother filled up the kettle, and emptying it about 30 times and then be convinced that it is full, boil the water and then start all over again with filling up the kettle and emptying it.

She would leave the child to her own demise whilst the OCD’s consumes her. This is very dangerous for the child. She needs to shower a few times a day, which she does for long periods at a time. This would cause her to wash until there is no longer hot water, and then continue washing when the water is hot again.

The mother’s OCD therefore causes her to neglect the minor child when in her care and all her focus is on her compulsions. If the OCD becomes too much, she would resort to sleeping and deal with the challenges later. Her entire day would be consumed by the OCD.

How would this affect the father’s rights of custody?

Considering the example above, should the parents separate, there is as strong possibility that the father be made the minor child’s primary care giver. This would be in her best interests.

This and other articles and posts found on this website are written by Adv. Muhammad Abduroaf to assist people with various family law related issues they may have. If you find any of our articles, free resources and posts interesting, or possibly useful to others, please like and share it on Social Media by clicking on the icons below. For more interesting articles and information on Family Law, view our articles and Q&A page. If you have a family law related legal issue and you want someone to answer or reply to it, feel free to post it on our Family Law Blog. Therefore, kindly like and share.

Should you require any other legal services and advice, not related to family law, visit Private Legal. 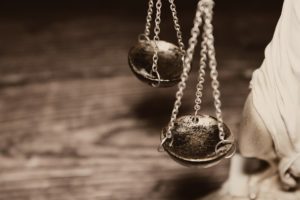 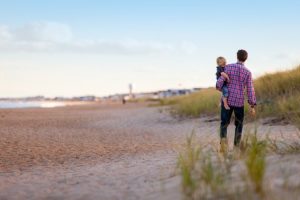 One thought on “What happens in a custody dispute where one parent is mentally ill?”